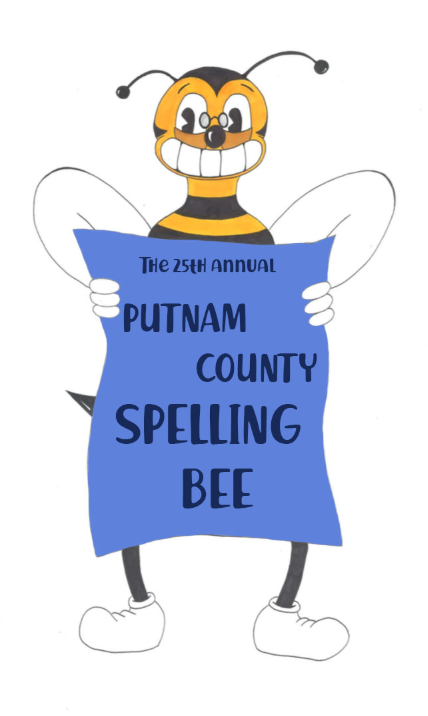 The Marymount Players are back! On March 15-17, the Marymount Players performed the musical comedy The 25th Annual Putnam County Spelling Bee in Cantwell. The musical revolves around the contestants of the bee, William Barfée, Olive Ostrovsky, Marcy Park, Leaf Coneybear, Chip Tolentino, and Logainne SchwartzandGrubenierre, and their journey to win the Putnam Bee. This musical is unlike any other production the Players have done before because it requires audience participation! Four lucky audience members will have the opportunity to spell with the actors on stage, adding another level of excitement and challenge for the Players.

The Players have been rehearsing since January 7th and have been working hard at their rehearsals from Monday to Thursday from 3:30-5:30 pm and on Saturdays from 10 am-4 pm. Senior Maya Thompson (Marcy Park) says, “The rehearsal process is rigorous but also rewarding; it’s difficult to balance the concentration required to memorize lines, lyrics, and blocking in conjunction with the creativity required to craft a character. After spending over 10 hours a week together, the cast forges infallible friendships, and I’m grateful to the Marymount Players for introducing me to some of my closest friends. This year, the cast bonded into a truly close-knit group of young women, and I believe The 25th Annual Putnam County Spelling Bee will reflect that trust and friendship.”

Not only does this musical follow the spelling bee, but it also gives the audience insight on the spellers’ backgrounds. For example, Logainne’s dads, Carl and Dan, hover over her and pressure her to be the best and win the Bee because no one likes a loser. Though this production is comedic, the stories of these six spellers will touch hearts when the audience sees that this is more than just winning the Putnam Bee.